THE ORIGINAL VOICE TRANSLATOR - OVER 30 LANGUAGES

Multi-Language Translation: Support up to more than 40 languages translation, each language can be translated to each other.
Two-Way Real Time Intercom: It can be used to communicate face to face, and solve communication barriers. Giving you the most suitable translation results in real time, fast response in seconds.
Voice Translation: Intelligent voice recognition technology to make cross language communication easier. Translate your speech into high quality foreign language text and transmit into voice output.
Text Translation: Support text to text translation.
Bluetooth Wireless Connection: Connect to your phone via Bluetooth, allows wireless transmission distance up to 10 meters, and the distance of voice recognition is 2 meters.
Wide Compatibility: Compatible with most iOS and Android phones.
Durable & Rechargeable: Built-in 3.7V 750mA rechargeable battery, low power consumption, plug and easily charge.
Small & Handy: Handheld size, small and portable, so convenient to carry with wherever you go. 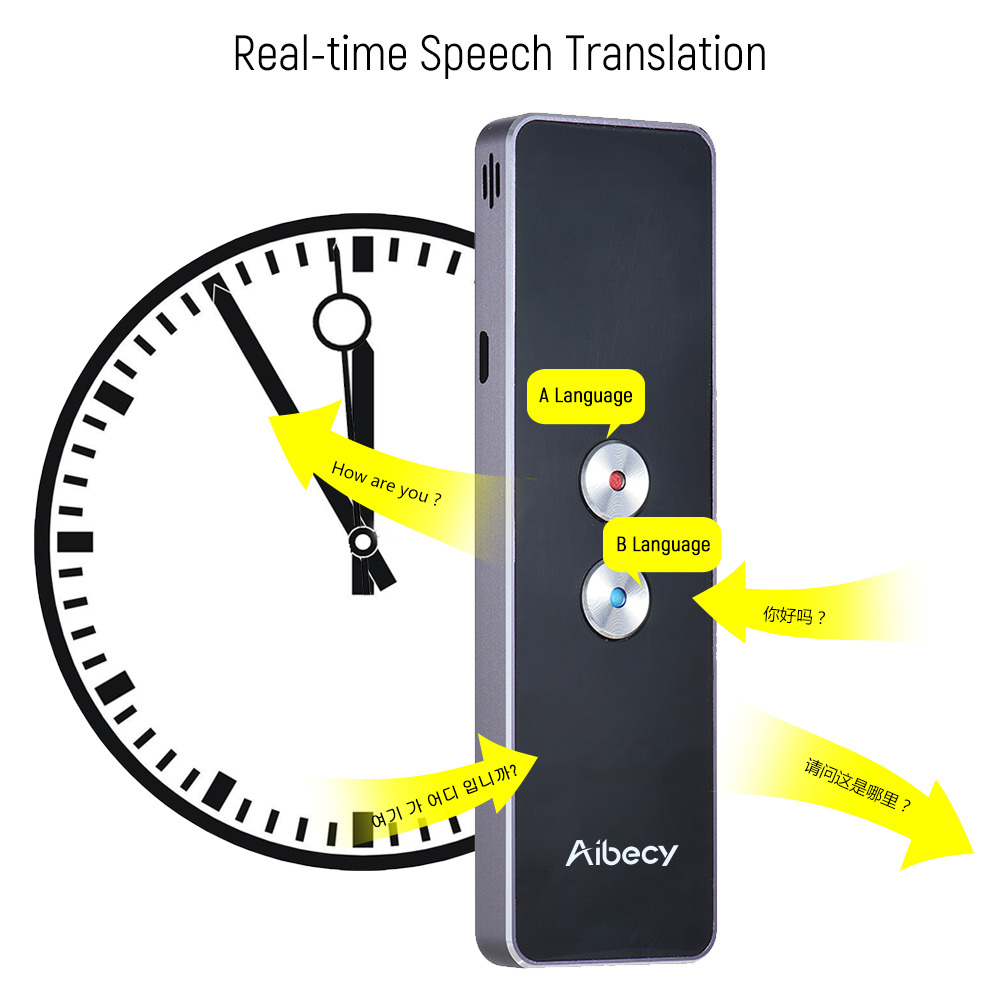 
S***i
The parcel arrived in 15 days. The translator is of good quality. After connecting with the application on the phone works great. The sentence translation time is a fraction of a second. Perfect for holidays when we do not know the language. I would recommend.
Shopper
fast shipping.. looks good. thank you
R***f
The product was unexpectedly good and liked it very much.
Shopper
Everything is perfect.
J***Y
WORKS AS DESCRIBED. HAS SPANISH
U***d
Translate well but you have to talk slow
J***t
Well received, super fast delivery, big thank you
W***e
Works as described